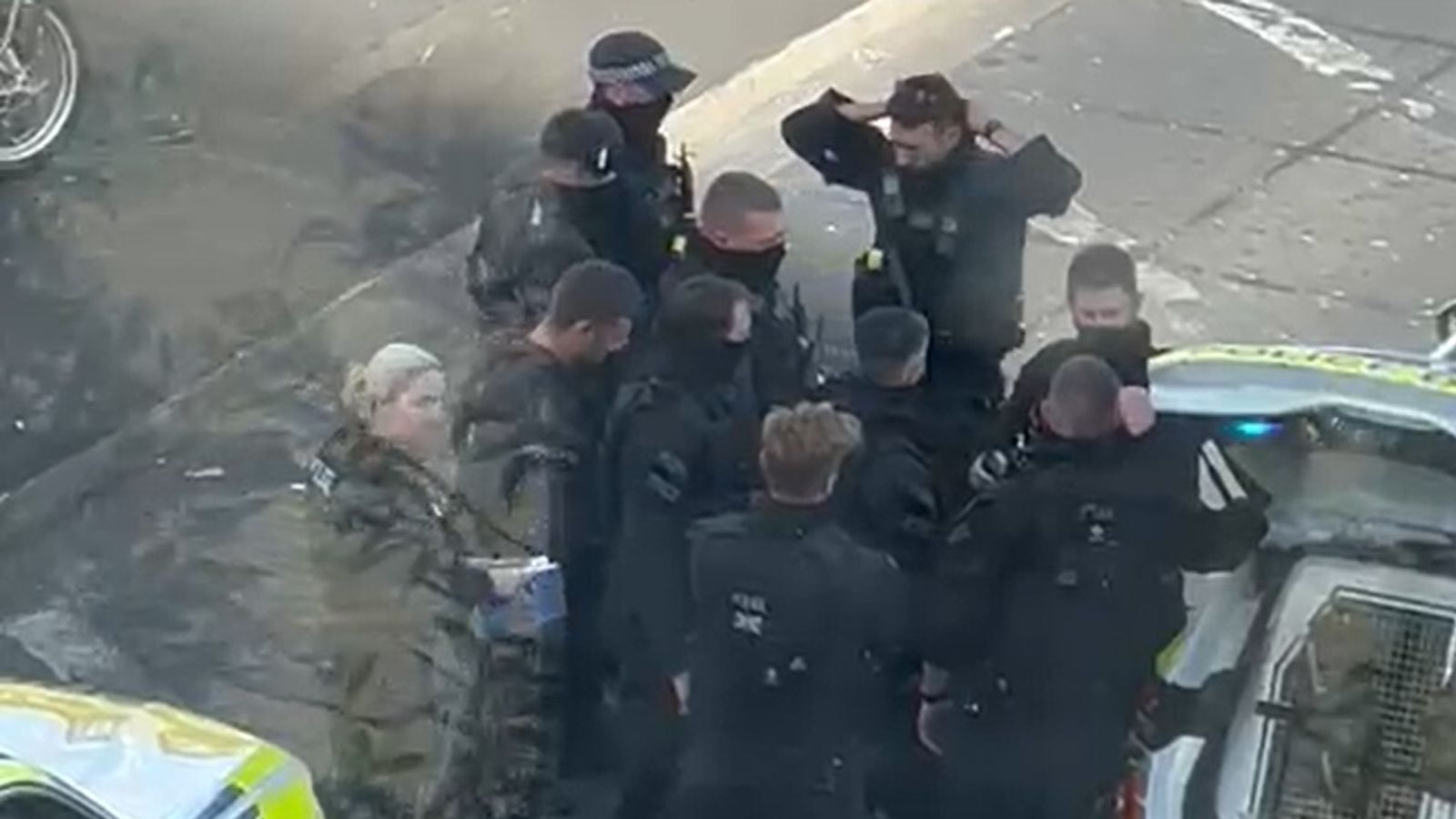 
The police watchdog has launched an investigation after an armed suspect was shot by Scotland Yard officers throughout a “serious incident” within the capital.

The Metropolitan Police have been known as to a number of experiences of a person with a gun in Creek Road, Greenwich, southeast London simply after 2.30pm on Friday afternoon.

Eyewitnesses described listening to a “big bang” as officers confronted the suspect on the aspect of a bridge.

The man gave the impression to be “clearly injured”, in keeping with onlooker Gemma Daly.

“Police were tending to a man on the side of the bridge,” Ms Daly, 31, mentioned.

Officers eliminated his clothes, with “a lot of people” seen engaged on the person earlier than he was positioned on a stretcher, she added.

Police then “started to go around” a silver automobile pictured on the bridge, Ms Daly mentioned.

Emergency providers, together with medics from London’s Air Ambulance, attended the scene.

The man was taken as a precedence to a serious trauma centre, a London Ambulance Service spokesperson mentioned. His accidents are usually not believed to be life-threatening.

Scotland Yard confirmed a police firearm was discharged and the person sustained a gunshot wound.

The incident is just not regarded as terror associated, a pressure spokesperson mentioned, including that at current, there doesn’t look like an “ongoing threat to the wider public”.

The Independent Office for Police Conduct (IOPC) is now investigating the capturing.

A spokesperson mentioned: “Today (Friday), shortly after 4pm we were notified by the (Metropolitan Police Service) that a man had received a gunshot injury as a result of a police shooting during an incident in Greenwich, south London.

“We have begun an impartial investigation.

“Our investigators have been sent to the scene and (we have started) the post-incident procedures to start gathering evidence.”