VIDEO: The bull had to make fun of the heavy, the man was tossed by the chest like a toy! bad condition 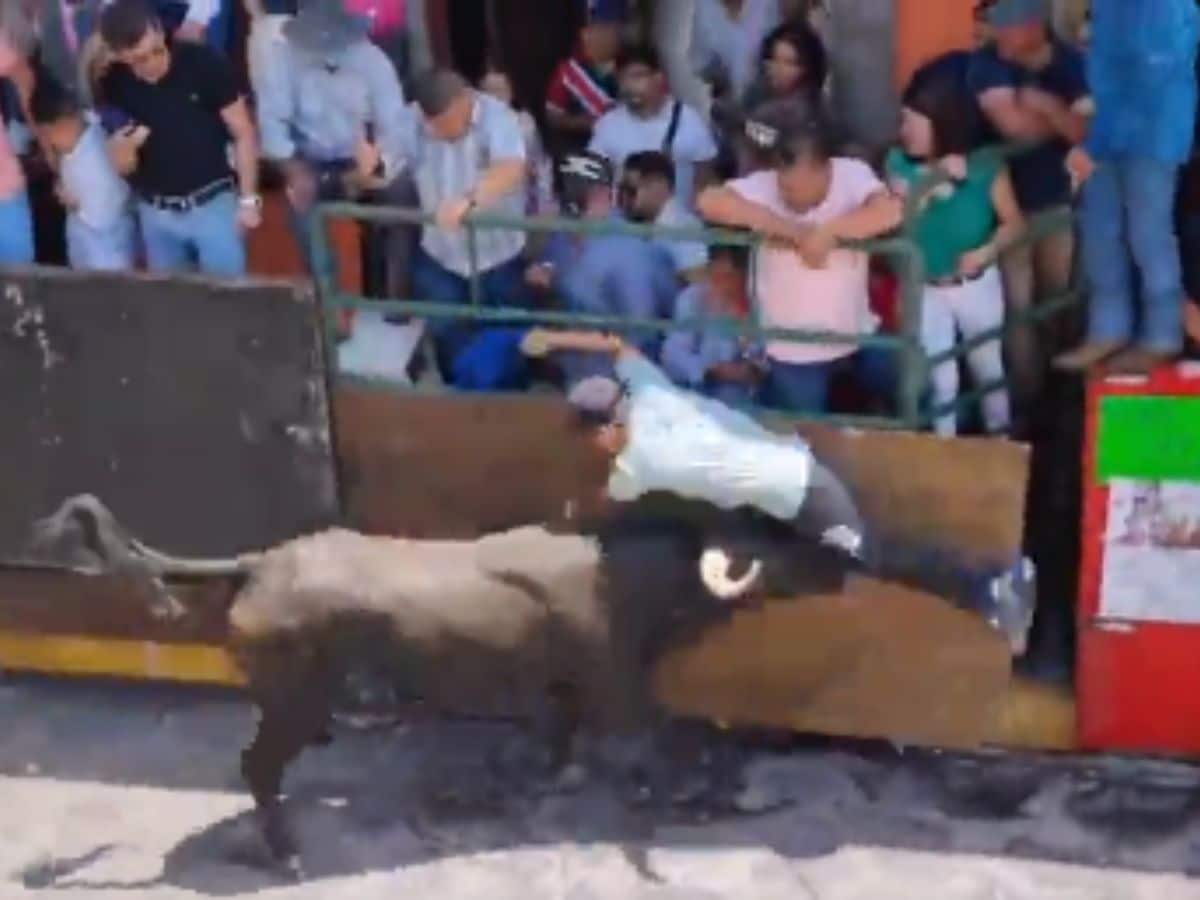 
If you have seen the movie ‘Zindagi Na Milegi Dobara’, then you will remember its last scene. In which Hrithik Roshan, Abhay Deol and Farhan Akhtar run on the road in front of oxen in Spain and try to reach the last frontier. This is called the Festival of San Fermín. In this, people run in front of oxen on the roads. Bulls are also angry because of this they make them run. Many people have also been seriously injured in this game. Recently a video is going viral (Bull attack man on road video) which is showing a similar game in which a man is seen having fun with bulls.

Shocking videos are often posted on the Twitter account @TheFigen. Recently a video (Man injured in bull attack video) has been shared on this account which is very shocking. In this video, a man gathered the courage to confront the bull, which is very shocking. Now after watching the video, you will call it courage or stupidity, you have to decide.


bull attacked
In the video, a man is standing on the road and two bulls are standing in front of him. Many people are seen standing in the stands next to the road. The man points towards the bull, he gets furious. Suddenly the bull gets so angry that he makes him run. After this, the person’s evening comes. He kills that person with a sharp strike before the chest and after that starts attacking again with the chest. The condition of the person becomes such that he cannot even get up, then people come there to save him and start driving the bull. After this, the person is loaded on a luggage cart and taken away.

People reacted to the video
This video has got more than 2 lakh views while many people have given their feedback by commenting. One person said that for every action there is a reaction. A woman jokingly said that why do people’s pants come off in such a situation. Many people claimed that this is not a video from Spain. Many people asked about the welfare of the bull instead of the person.