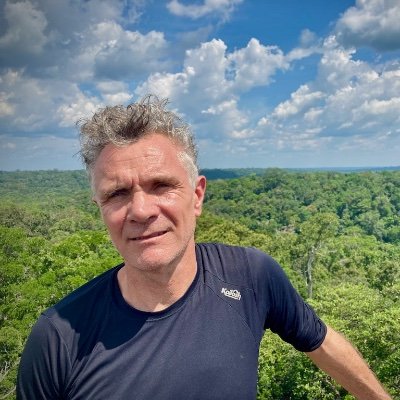 The two suspects in the disappearance of British journalist Dom Phillips and his guide Bruno Pereira, have admitted to killing the pair.

Amarildo was arrested last week on weapons charges and is being held while police investigate his involvement in the case. Oseney was taken into custody on Tuesday night.

Although the pair have been arrested and have admitted to killing the journalist and his guide, no bodies have been recovered by police who say they are treating the case as one of homicide.

CNN Brasil reported earlier on June 15 that the one brother had admitted to the murder of the pair and had provided police with a location, however, the police have yet to confirm any details.

The police were recorded taking a masked and hooded man they described as a suspect out on the river where the men vanished, with the brothers seen meeting on the Itacoai river just moments after Phillips and Pereira passed by on June 5 according to a witness.

The reports suggest the worst in a case that has stirred international concern for the journalist and his guide, with the case being discussed in both the Brazilian and UK parliaments. Brazilian President Jair Bolsonaro had said earlier in that day that he expected the case to be resolved “in coming hours.”

Phillips, a freelance reporter who has written for the British-based publication the Guardian and the Washington Post, was doing research for a book on the trip with Pereira, a former head of isolated and recently contacted tribes at federal Indigenous affairs agency Funai.

Journalist Phillips and his indigenous affairs expert Pereira were in a remote jungle area near the border with Colombia and Peru called the Javari Valley, which is home to the world’s largest number of uncontacted Indigenous people.

The suspects’ families have denied they had any role in the men’s disappearance, however, the public defenders representing the brothers could not immediately be reached for comment.

With the suspects having reportedly confessed to killing the British journalist and his guide in Brazil, authorities will be under pressure to locate the bodies and to bring the alleged killers to justice. The world is watching.