Minister, we have enough gasfields so stop the excuses 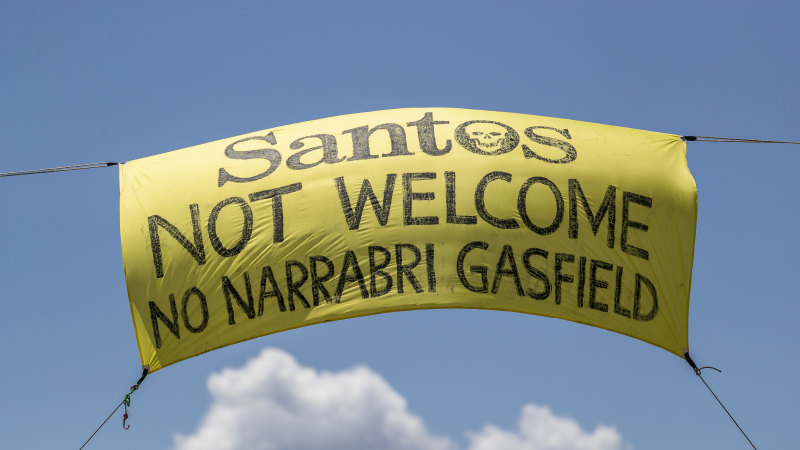 We have been asked to turn off power and save energy. I am happy to co-operate. I would be interested to know how much power the Vivid Festival is chewing up. – Sharon Howe, Centennial Park

I’m glad we haven’t privatised sewerage or we would be up a certain creek without a paddle. – David Farrell, Erskineville

‘Rigging’ HSC to benefit males would fail all students

How utterly disappointing to read the suggestion that the way to deal with boys’ declining academic performances (“Girls outshine boys in HSC results”, June 15) is to remove English as a mandatory subject in the HSC. Having taught English in two non-selective boys’ schools for more than 33 years, I know that boys can and do achieve in English, but I also observed some boys suffer from the exhausting demands placed on them on the sporting fields. To lift boys’ HSC scores by “rigging the system” (dropping English as a mandatory subject) is yet another example of the patriarchy skewing life to favour males. The study of literature, drama and poetry serve as a civilising factor for both boys and girls. The humanising themes and questions raised in the teaching of English benefit all students – male and female. – Michael Davis, Balmain East

Apparently, some “educators” say that the school curriculum should focus less on communication skills for boys to stem their overall flagging behind girls in our education system. The reason stated, that these are not an adolescent boy’s strongest suit, is precisely why this is such an incredibly bad idea. If this were to be, replies to any questioning would further deteriorate to a mere physical shrug or nod or shake of the head instead of the present monosyllabic replies which, at least fleetingly, engage boys’ vocal cords. – Judy Finch, Taree

During adolescence, the human brain undergoes the most radical re-wiring since birth. Little-used pathways are pruned and myelination “hard-wires” those most used. It is precisely at this juncture we allow boys to withdraw from the language classroom and become absorbed in their devices. To permit them to drop English would compound the disaster. – Ryszard Linkiewicz, Woolooware

The debate surrounding boys and education has been festering for 50 years. It always includes literacy skills. It always includes study habits and different learning styles. And parental encouragement. Nothing has changed. Boys do great work in English. Always have and always will. The old mantra “read, read and read again, and write, write and write again” on anything and everything reinforces the value of literacy to a well-rounded young person. Boys do have the skills in English and they need to be encouraged and rewarded and not allowed to cop out. That’s called laziness. – Wendy Atkins, Cooks Hill

The Universities Admission Centre has concluded that being male is a “greater disadvantage” than any other. In the 1990s, when it was first reported that boys were falling behind girls in the HSC, the feminist movement loudly dismissed these reports. Unwilling to admit that the education system was biased against boys, the feminists instead either blamed boys themselves for the underperformance or insisted the problem was exaggerated by the media. As the UAC’s report shows, boys are now paying the price for the decades the feminists have spent trying to deny the existence of anti-male bias in our schools. – Chris McGrane, Bonner (ACT)

It’s hard not to be cynical (“Secret rail plan to claim assets”, June 15). The state government’s prime motivation always appears to be about money. It would seem their greed knows no bounds. Now they want to become apartment and hotel developers on NSW Transport land. As an election approaches, the Coalition tries to placate us by throwing us a few bones – acknowledging climate change for example, or providing better child minding facilities as Matt Kean explains to Jenna Price (“For women, Keane may be a teal deal”, June 15). But government and developer schemes keep coming, destroying Sydney, as open and green space is sucked up into the government’s money-making machine. – David Catchlove, Newport

Matt O’Sullivan and Adele Ferguson might look further than the metropolitan area for the clandestine ambitions of the NSW rail corporation. Here in Coffs Harbour, the railway runs through a much-valued foreshore park immediately behind the beach. The state government has been proposing for some time, in the teeth of outraged community opposition, to redevelop the rail corridor (which is presently zoned for open space public recreation) as mixed-use residential. All this under the guise of “revitalising the foreshore”. The government has piously declared that this is a non-profit funding venture, leaving us to wonder why they have pursued it so single-mindedly if there was nothing in it for them. I think we are starting to see the picture. – Frank Scahill, Coffs Harbour

These foreshores are a wonderful amenity for Coffs residents and tourists alike. Developing this area into an exclusive residential precinct at the expense of the local community is insensitive, ill-informed and exploitative. You don’t build a reputation of superior economic and fiscal management by selling off public assets. – Alph Williams, Red Rock

Bevan Shields (“What we got wrong with Rebel Wilson story”, June 15) may have been right in framing the issue of his and Andrew Hornery’s reprehensible conduct towards Rebel Wilson as being without malice. The correct frame for their conduct, however, is one of privilege and entitlement and holding the threat of publishing over Wilson’s head as implied by the publishing deadline given to her. Also, the claim that the Herald is an ally of the LGBTIQA+ community rings hollow when only weeks ago the masthead framed Katherine Deves as a victim of her own transphobic rhetoric (“Tearful Deves defends right to speak her mind”, May 15). – Stephen Lawton, Weston (ACT)

The Herald is still getting many things wrong in the Rebel Wilson matter. Your errors stem from two erroneous assumptions. First, that the Herald has a right to pry into the private lives of others whether it intends to publish private details or not. And second, that readers would be sufficiently sexist and salacious to be interested if you did publish. Do better. – Ross Drynan, Lindfield

Ann Grant (Letters, June 15), personally I enjoy Andrew Hornery’s Private Sydney column, as it brings some light relief to the doom and gloom of the daily news, a chuckle at breakfast is good medicine. Hornery can be mischievously funny and witty while pricking the inflated egos of Sydney’s rich, famous and infamous. Unfortunately, this time he slipped up, not through malice, but through poor communication. – Barrington Salter, Neutral Bay

Get over it, enough is enough. Hornery’s requested response to Wilson wasn’t a threat, it was a common-sense approach to a news story. You are a news organisation that works to deadlines, and you will make mistakes. Please stop the grovelling and embarrassing apologies. – Phil Kerrigan, Mortlake

During the election campaign, both major parties argued that taxes would not be increased but that the growth of the economy would slowly but surely fix our continued deficits and huge debt. Ross Gittins also points out that bracket creep will assist by effectively raising taxes. (“The taxing truth: we’ll pay more.” June 15). There are two problems here. Can our economy really continue to grow without limit, considering the problems of pollution, overconsumption of resources, and environmental destruction combined with shortages of energy and skilled workers? Furthermore, average salaries are growing so slowly that the effect of bracket creep will be small. Perhaps sometime in the future, some far-sighted treasurer and shadow treasurer will get together and agree that taxes, particularly for the very well-off, will have to be increased for the good of Australia. – Geoff Harding, Chatswood

Gittins articulates what everyone knew but no one was prepared to say, that is to get the budget in balance and to reduce our substantial debt, taxes will need to be increased. The Albanese government has a big task on its hands to rectify years of neglect and inaction in the above areas, however, it is not beyond the intellect and capabilities of the PM and his skilled ministry to put forward plans to provide greater benefits to us all. This can be brought about by changes to the tax system by making it fairer, by a focus on those with the capacity to pay more and, most importantly, by eradicating the current overindulgences, inequities and rorts. – Ross Butler, Rodd Point

As Gittins rightly points out, Tony Abbott was the last PM to try to reduce spending and he was pilloried by all and sundry. I was an Abbott fan, simply for that responsible fiscal attempt alone. Every PM since Abbott has spent, spent and spent again. I doubt if this new government leader has the inclination to stop, so taxes must rise. – David Sayers, Gwandalan

Gong with the wind

All this angst about who gets what gong is pointless (Letters, June 15). Just make them up and award your own. It works for me. – His Excellency, the Rt Hon Sir Martin Lewis, KGB, CIA, POQ, DCB, WTF, Baulkham Hills

Online comment from one of the stories that attracted the most reader feedback yesterday on smh.com.au
“What we weren’t told before the election: taxes to rise, not fall”
From Ben Ash: “Labor needs to look at reducing the tax breaks for “self-funded” retirees (such as myself) and negative gearing for properties which John Howard gifted. We enjoy the provision of government services and such overblown largesse is clearly inequitable on the community at large.”