A 24-year-old man dressed in Batman’s Joker costume attacked passengers on a Tokyo train line on Sunday evening, injuring about 10 people as many party-goers headed into the city centre for Halloween gatherings, media reported. 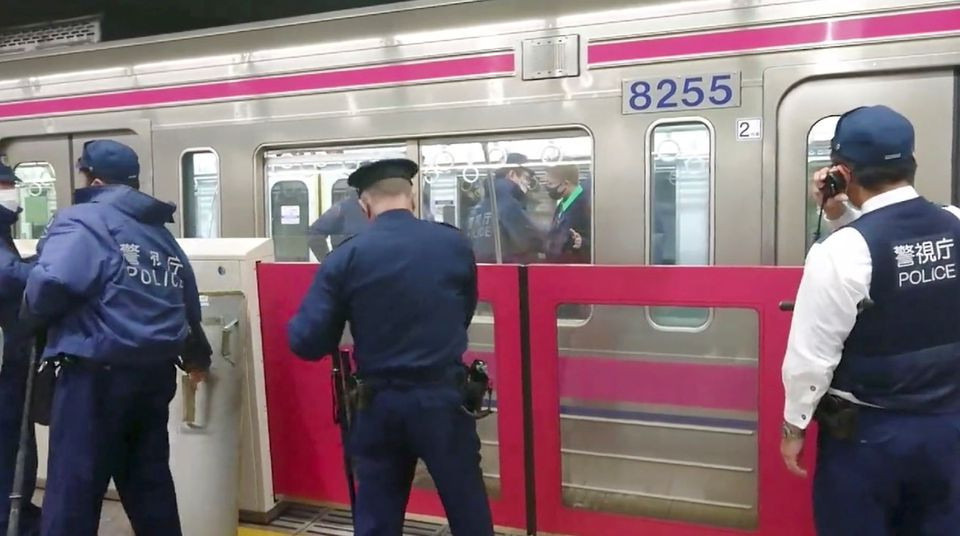 Police arrested the suspected attacker on the spot, media reported. A man in his 60s was unconscious and in critical condition after being stabbed, while witnesses also said the attacker had spread fluid around the train and started a fire, according to media.

One video uploaded on Twitter and broadcast on NHK showed a steady stream of people running away from a train car where, seconds later, a small explosion caused a fire. Another video showed passengers rushing to squeeze out of the train’s windows and onto the platform where the train had made an emergency stop.

“I thought it was a Halloween stunt,” one witness told the Yomiuri newspaper, recalling the moment he saw other passengers running in a panic towards his train car. “Then, I saw a man walking this way, slowly waving a long knife.” He said there was blood on the knife.

The attack occurred on the Keio express line bound for Shinjuku, the world’s busiest rail station, at around 8pm (1100 GMT), media said.

Partial service on the Keio line remained suspended late on Sunday, when Japanese voters went to the polls in a lower house election. TV footage showed scores of firefighters, police and emergency vehicles outside the station where the train had stopped. 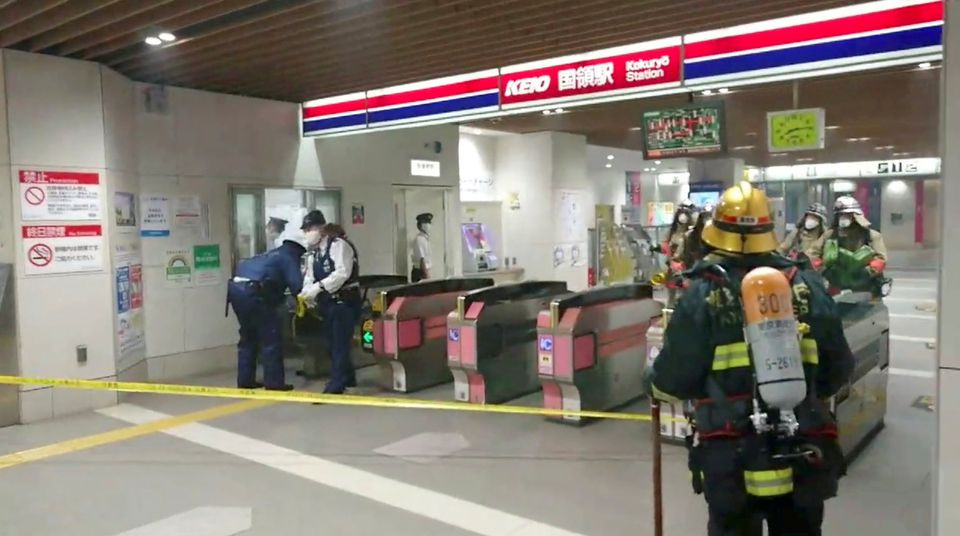