‘I think if you are ready for it, no matter what age you are you can do it’-Entertainment News , Firstpost 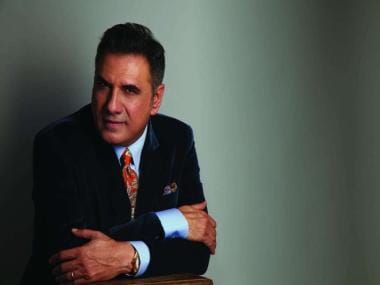 Boman Irani says on his OTT debut with Masoom in an EXCLUSIVE interview with Firstpost, “If you don’t learn and change with time, then you will feel like a man who lives in a time that not his.”

Actor Boman Irani believes in change and he thinks that change is the only thing that keeps him going, energized and happy. Making an OTT debut at 62, he believes no matter what age you are every day is a learning experience. He feels he is doing himself a favour by not living in the past. That is the spirit of Boman and catching up with this craftsman is always a pleasure. He explains that the art of writing  is the cornerstone of everything brilliant that shows on OTT and cinema. He believes very strongly that without writers one cannot have an industry. To make a film or  a web show a success, even the biggest stars and directors today will need good scriptwriters. It is the art of writing which can bring about all the differences. A good script is the only differentiator according to Boman.

Excerpts from the interview:

The feeling of making an OTT debut at 62 with Masoom.

You are reminding me of my age (laughs). But honestly speaking I have never really paid attention to when one should start anything new in life. If I would have paid attention to this, I wouldn’t have become an actor, photographer or joined the theatre or even for that matter directed my first movie in the coming year. I don’t believe in timelines. I think if you are ready for it, no matter what age you are you can do it.

I have a belief system that you have to be happy to make a debut. I am happy to make it at this stage of my career. I think it was the right decision. If I would have done Munna Bhai M.B.B.S.  which was my first commercial debut and tried twenty years before that I think I would have failed for some reason. The timing for everything new in my life just worked out correctly for me. I hope this works out correctly for me too in my OTT debut.

Is it a grey role that you are playing in Masoom?

Human beings at best and worst can be grey. Mogambo is black, and Gabbar Singh is black. But if you are a human being living a real-life there is no black and white and this is something that I had learnt in theatres from people I have done workshops with during my earlier days of acting. I was told once if he is a serious character, make sure he is not serious all the time. Allow him a little laughter at some point in time. If a person is full of life and happy twenty-four hours a day, then it’s just not real. If he is a good man please make sure that he is not whiter than white and if he is a bad guy, there is something that can help to redeem the character. If he is one colour then we have lost him. I feel even a good man should be grey. The guy I play in Three Idiots, I think he is grey because he has a dark side and frowns most of the time. But one fine day, he decides to smile when a photo is being clicked.

OTT has changed the entire narrative of villains and there are no heroes and heroines. Every character has a very important role to play. Is it a good time for actors?

It’s a great time. Everybody is getting work, especially after the pandemic. It is also a great time for actors because with OTT you have the liberty to spread your wings. It is important for people to work because we are coming out of the pandemic and there are people who have been out of work for some time.

You have seen a lot of changes in the entertainment industry. How has your journey been?

I believe in change and specifically personal change. Change to me is growth. The change goes hand in hand with learning new things whether it is your craft, whether is understanding the way sets function. Change is important. Long story short, in the last seven odd years when I decided to write my own film, even though I had written a draft that I was happy with, I felt I could have learnt to screenwrite first before I started acting.

I have been around for twenty years which automatically gives me the graduation to become a writer-director. But I feel I have only acted for twenty years, never written anything before that. I may have written scenes, but that doesn’t qualify me as an artist-writer. So, I decided to study that art of writing, attended workshops and stayed in touch with my guru and then slowly I managed to write a draft that I was reasonably happy with. But the point I am trying to make over here is that by change I mean you have to change yourself first. Not to say, okay, I am a veteran actor because I have been around for so many years I know everything. That is not the right attitude. I feel everybody needs to explore and learn something new. I am going to debut my writing when I am 63 probably. Whatever new projects I take up, the point is that I am going to learn with the same fire and same hunger the way I did when I became a theatre actor and a debutant in the film industry. If you don’t learn and change with time, then you will feel like a man who lives in a time that is not his. And I will not allow that to happen.

As long as you are willing to learn something new you will never feel out of place. I am a big guy for a change and I think that keeps me going, energized and happy. I feel I am doing myself a favour by not living in the past. What will not change is you will need actors, directors, money and most importantly, you will need writers. Without the writer, none of the departments is going to work. A producer can say I am going to put in a lot of money to get the best director and actors, but what are you going to direct out of a telephone directory… No. You need good writers and that is the biggest investment in a project. That is something that I have been pushing this agenda and I hold online classes almost every day since the lockdown to teach onscreen writing. Writing is the cornerstone of everything that you wish to do with OTT and cinema. I believe very strongly that without writers you don’t have an industry. Even the biggest star today will need good writing. That’s the difference, that’s the differentiator.