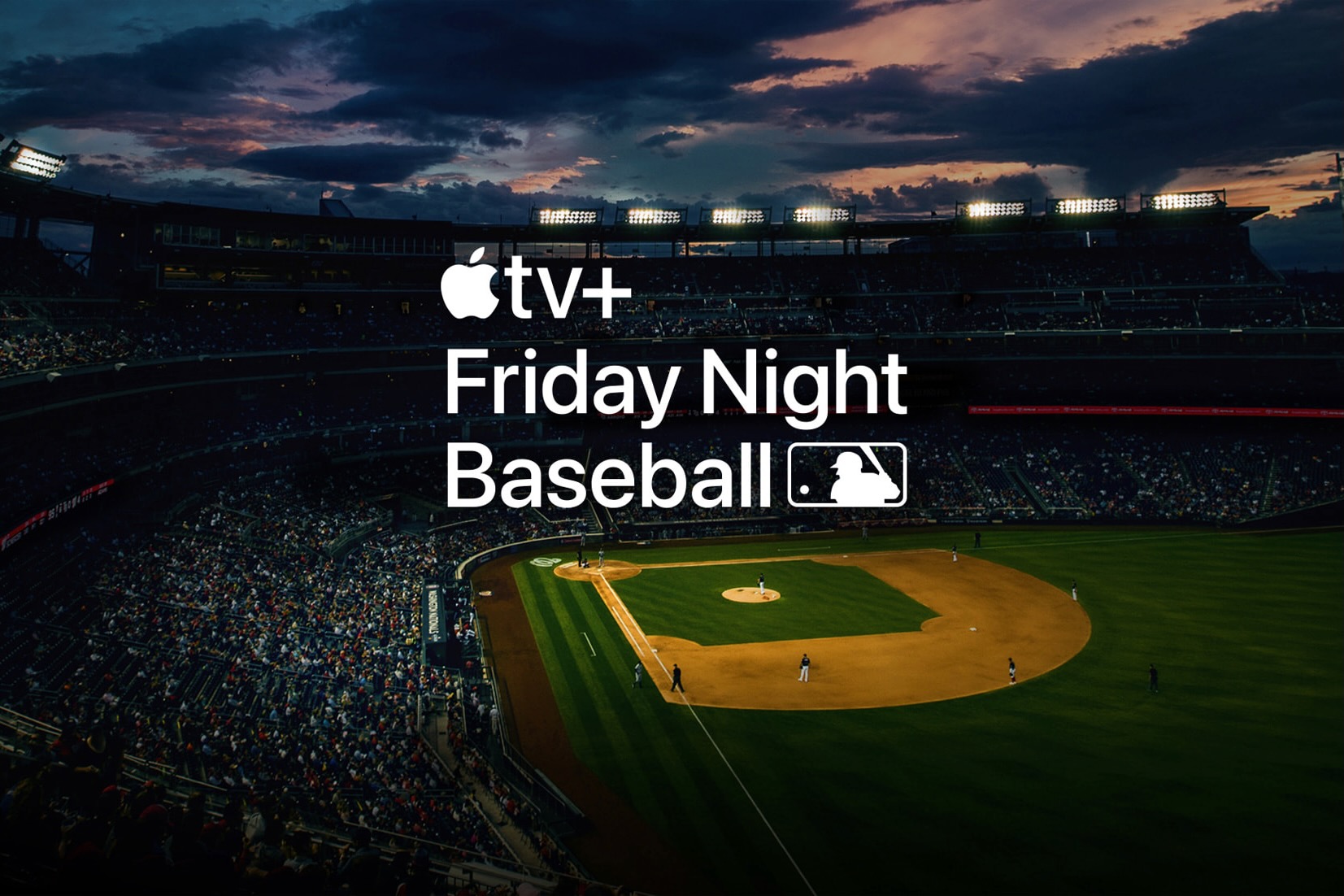 Apple TV+ Friday Night Baseball: How to watch for free

Apple has announced that the first 12 weeks of the season will be free, so you don’t need an Apple TV+ subscription. Apple has not announced the schedule beyond June 24, nor whether future games will require a subscription.

On Mac, iPhone, and iPad: Friday Night Baseball will be available through the TV app. Click on the Originals tab and then scroll down to Major League Baseball.

On Apple TV 4K and HD: Go to the Sports tab and scroll down to Major League Baseball. From there, you can see the schedule and add games to your Up Next queue.

On the web: Apple TV+ is available through a browser at tv.apple.com. If Friday Night Baseball isn’t appearing in the marquee spot at the top of the page, scroll down and look for the Major League Baseball section.

Apple has posted the first 12 weeks of the Friday Night Baseball schedule, covering April 8 to June 24. Start times for the first game are at 6:30, 7, or 8 p.m. ET, while the second game starts at 8, 9:30, or 10 p.m. ET. It seems as though the two games will air on separate streams, so the length of the first game will not affect the start time of the second game. These are the upcoming games on the schedule:

Friday Night Baseball is available in the following countries/territories:

While games will not be shown in 4K, Apple has announced that game broadcasts will employ “state-of-the-art cameras, including high-speed Phantoms, the high-resolution Megalodon, and more throughout the season to present vivid, live-action shots.” Additionally, audio will be presented in 5.1 with spatial audio enabled. “Friday Night Baseball” will also use “new on-screen graphics that include innovative new probabilities-based forecasts of different situational outcomes, plus highlights and live look-ins from around the league integrated right into the broadcast,” according to Apple.

Apple announced that the games will include pre- and post-game coverage hosted by Lauren Gardner with a rotating group of analysts and former players, including Carlos Peña, Cliff Floyd, and Yonder Alonso. Broadcast teams for each game will be announced on a weekly basis.

The broadcast teams are all MLB Network personalities, and Apple is relying on the MLB Network for its telecast production. In a press release, Apple stated that the production will involve high-speed Phantom and high-resolution Megalodon cameras, immersive sound in 5.1 with spatial audio enabled, new on-screen graphics that include probabilities-based forecasts, and highlights and live look-ins from around the league integrated right into the broadcast.

Apple will also offer shows with more baseball coverage. On Thursdays, “Countdown to First Pitch” previews the week’s upcoming games. Every morning, “MLB Daily Recap” will show highlights from the previous night. Every weeknight, “MLB Big Inning,” will feature highlights and coverage of the games in progress. In the U.S. and Canada, viewers can watch a livestream of highlights, analysis, classic games and shows, and more, in addition to on-demand programming. However, access to this content will require an Apple TV+ subscription.

Apple News currently has an MLB Opening Day preview curated by Apple News editors. On Fridays, Apple News will have curated highlights and stories from around MLB, and you can get personalized MLB highlights in the News app.

Apple Music will have playlists of batters’ walk-up songs from teams featured on Friday Night Baseball. There will also be a collection of songs with the theme of baseball.

Wondershare DemoCreator does screen capture and editing, all at 30% off

How NFTs lost their lustre