Hiltzik: Uber and Lyft hit a legal pothole in Massachusetts 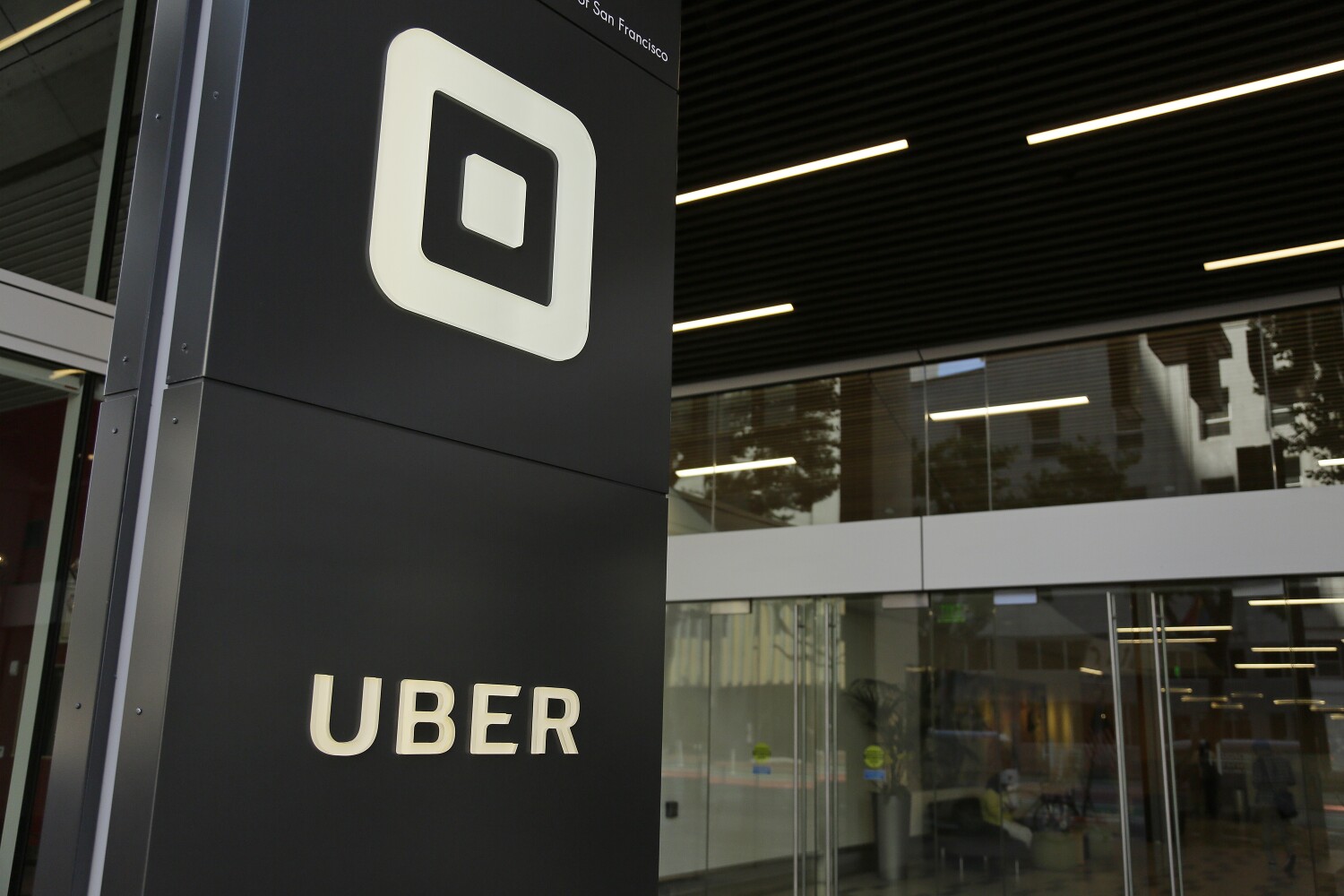 Following their successful effort to gull California voters into endorsing their method of exploiting their drivers and field workers, Uber, Lyft and other gig companies expanded their campaign to gut labor protections into other states.

That included Massachusetts, where the companies managed to get two measures resembling California’s Proposition 22 certified for the state ballot. On Tuesday, the state’s Supreme Judicial Court threw them out.

The high court’s reasoning was similar to that of Judge Frank Roesch of Alameda County Superior Court, who ruled Proposition 22 unconstitutional in August: The Massachusetts initiatives were overly greedy, and designed to confuse voters about their real purpose.

[Proposals ] that bury separate policy decisions in obscure language heighten concerns that voters will be confused, misled, and deprived of a meaningful choice.

Indeed, the Massachusetts justices wrote, they themselves found untangling the obscure language of the proposed ballot measures to be “no simple task.”

The gig companies say they will now try to persuade the state Legislature to enact the provisions they tried to sneak past the voters.

“We hope the Legislature will stand with the 80% of drivers who want flexibility and to remain independent contractors while having access to new benefits,” Conor Yunits, a spokesperson for Flexibility & Benefits for Massachusetts Drivers, the campaign group for the gig companies, told me by email. That’s not a promising option, as we’ll explain.

Politicians in other states, such as New York, are showing less willingness to bow down to the companies’ assertions that their business models are good for consumers and workers alike.

Fares are rising in some cities, in part because as public companies, rather than venture-funded startups, Uber and Lyft are under greater pressure to start showing profits. (Neither company has ever turned a dime of profit.) Organized labor is also responding more aggressively to the threat the companies pose to the well-being of their workers.

Here’s the background to the gig companies’ ballot campaigns.

By spending a stupefying $205 million — the largest sum spent on a ballot initiative in American history — the gig companies managed to persuade California voters in 2020 that Proposition 22 would be a boon for their drivers and delivery staffers.

The measure designated those workers as independent contractors, overturning rulings by state regulators and judges that they were employees entitled to all the benefits of employment. These include overtime pay, workers compensation and unemployment benefits, the assurance of a living wage and the right to unionize.

Instead, the companies were able to maintain a business model that involves sticking the workers with expenses that customarily are paid by employers, such as fuel, insurance and upkeep of their vehicles.

The companies maintained in their campaign that the workers got something more valuable in return — “flexibility” to set their own work schedules. As it happens, soon after Proposition 22 passed, Uber started withdrawing some of the flexibility options it had granted drivers to win their support during the initiative campaign, and even took steps that drivers said reduced their income.

Then came Roesch’s ruling. He observed that the state Constitution requires ballot initiatives to be limited to a single “subject.”

The measure’s own text identified its subject, in Roesch’s words, to be “protecting the opportunity for Californians to drive their cars on an independent contractor basis, to provide the drivers with certain minimum welfare standards, and to set minimum consumer protection and safety standards.”

The initiative, however, includes language that “obliquely and indirectly” prevents drivers and delivery workers from unionizing, which is “not a stated goal of the legislation,” Roesch found. Instead, “it appears only to protect the economic interests of the network companies in having a divided, ununionized workforce.”

Roesch also found that the measure infringes on the Legislature’s right, granted by the state Constitution, to set workers’ compensation rules, such as determining which workers are eligible.

“The proposition was greedy, it tried to cement the companies’ business model and to take away all rights of workers in this sector,” Veena Dubal, a professor at UC Hastings College of the Law and a longtime critic of the gig companies, told me after Roesch ruled. “We’ve never seen an initiative try to do what this initiative tried to do.”

The companies are appealing Roesch’s ruling, but Proposition 22 remains in effect pending action by the appeals court.

This brings us back to Tuesday’s action by the Massachusetts Supreme Judicial Court, which applied to certifications by state Atty. Gen. Maura Healey of two almost identical ballot measures modeled on Proposition 22.

The unanimous decision written by Justice Scott Kafker cited a Massachusetts rule similar to California’s, that a ballot measure must have only one subject. The court found that the proposed initiatives had two unrelated goals, “one of which is buried in obscure language at the end.”

The declared purpose, Kafker observed, was to cement in place the designation of gig drivers as independent contractors. The concealed purpose, however, was to immunize the companies from lawsuits by people who had been injured by drivers — say by assaults or in traffic accidents.

Normally, the employing company would be liable for the actions of its workers while on the job; the proposals would entirely remove that liability by stating that the drivers were acting on their own.

Proposals “that bury separate policy decisions in obscure language heighten concerns that voters will be confused, misled, and deprived of a meaningful choice,” Kafker wrote. Voters “may not even be aware” of what they’re voting on. That was exactly what happened here, he wrote.

As for the companies’ efforts to obtain a legislative solution, indications are that the Democratic-controlled state Legislature is turning more hostile to the idea.

When the companies tried to gain admission to the state Democratic convention earlier this month, they encountered strong opposition from hundreds of delegates, including Healey, a candidate for governor; and all the candidates seeking nominations for lieutenant governor, attorney general and state auditor. The party already had voted to oppose the ballot initiatives.

In her role as attorney general, moreover, Healey has sued Uber and Lyft, charging that by misclassifying their drivers as independent contractors, they’re violating Massachusetts wage and hour laws.

The companies’ success with Proposition 22 is beginning to look like a Pyrrhic victory: It opened the eyes of officials outside California to what really is at stake in the companies’ efforts to gut employment law for their own interest. That can’t be the outcome they were hoping for.