‘Forensic officers are the unsung heroes of our country’-Bollywood-2 News , Firstpost 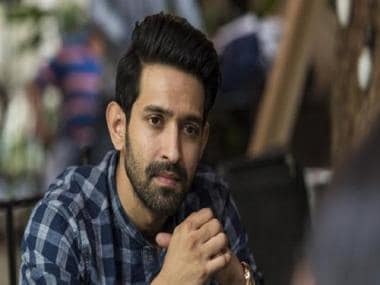 In conversation with actor Vikrant Massey on his role in Forensic, the experience of sharing the screen space with Radhika Apte, the changing content in Indian cinema and more.

This is the first time Vikrant Massey essays the role of a Forensic officer. In an interview with Firtspost, Massey mentions how we fail to recognize the contribution of Forensic officers in the entire criminal justice system of our country. Massey know for his brilliant performances, doesn’t like repeating his roles and is careful when it comes to choosing them.

Excerpts from the interview:

Tell us about your role in Forensic…

I am playing the role of a Forensic Officer called Jhonny Khanna and he is a young 28-year-old guy who is obsessed with his profession. He is someone who finds more peace and comfort at a crime scene rather than when he is left alone. He has his own set of eccentricities. He talks to himself and he is someone who is just weird for a general person. But he is very passionate about his work. As the film moves along you get to understand as to why he is the way he is.

What is the method that you follow and how was the preparation for the role of Jhonny Khanna like?

It differs from film to film. Each film requires its different kind of preparation where in the case here was that since I am playing the Forensic officer there is a lot of responsibility on me because in cinema we have hardly seen anything about the life of a Forensic officer. I had to really emphasise on perfection because this is a very serious and sophisticated profession and unfortunately it is not recognised for the contribution it has in the entire criminal justice system of our country. There is very little information available about this profession. So, I did spend a lot of time with real Forensic scientists to understand the nuances and nitty gritty of how a Forensic officer works for example how he uses a scissors or at what angle would he put the light of a UV torch shine if you were to spot blood anywhere. These are the little things that I learnt throughout the film. I have immense pride for the forensic officers of our country because their job is very tedious and they do it day in day out without being given their due. They are the unsung heroes who need the recognition.

All your roles are very different. When you are choosing a role, what is it that you look at?

There is a conscious effort in choosing characters. I really don’t want to repeat myself especially in one calendar year. The idea is to do varied characters and challenge myself at the same time. There is a lot that I want to do. A lot of thought goes behind choosing the roles. I do not take narrations, I read my scripts. So, when I read the script and if it excites me as a reader then only I take up the role.

On working with Radahika Apte…

It was the first time I have clubbed with her. We have actually been wanting to work together for the longest time. A couple of times we have almost had a hit and miss kind of feeling. But I am glad we finally had the opportunity to work finally together for Forensic. She is gifted as an actor. She is someone who eventually brings out the best in you when you are sharing screen space with her. I really hope that we get to work again.

How has the digital platform changed your life?

OTT has undeniably changed my life. Today when I look back at my journey, I am really glad and thankful for living my dream. I definitely believe in the fact that the audiences have been very persistent and supportive towards me. I will be completing two decades next year in my acting career. I couldn’t have asked for more. I am telling the stories that I have aspired to be. I still feel the journey has just begun. There is a lot more that is left to be done.

OTT has definitely changed my life because during the pandemic also I was communicating with my audience through this medium. During the peak of pandemic I had eight films come out because of OTT. Digital platform has created opportunities for artists like me whether they are writers, directors and technicians. I know of people who are busier than they were because of OTT.

OTT largely gives you a huge platform. For example, Forensic will be viewed in more than 190 countries which is 90 percent of the countries on earth. So it does give a wider audience and wider platform.

What are the new things that you want to explore?

The priority right now is to be consistent and probably win the faith and trust of the audience to the fullest. Slowly, I want to graduate and be a part of films where my investors and financiers can invest a little more to raise the scale of the film.

On how OTT doesn’t put you inside boxes?

I don’t think it is restricted to only OTT. I would say the entire narrative style has evolved over these years. Also the perception of the audience has changed because today they are exposed to international content and quality content. Everything is changing very rapidly and there are definite changes happening in the way we appreciate cinema.  OTT has given us exposure to different types of filmmaking too.