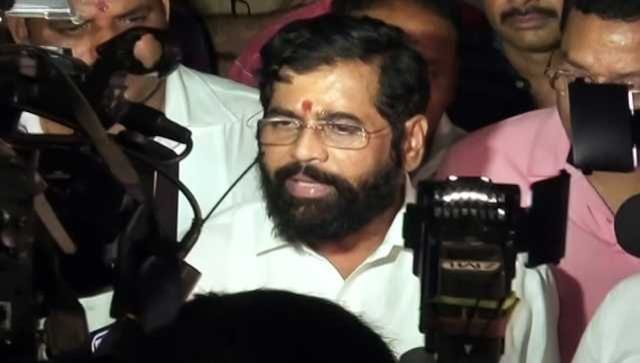 Rebel Shiv Sena leader Eknath Shinde on Thursday said a “national party” has termed a rebellion led by him as “historic” and assured to provide help to MLAs who have sided with him.

A video of Shinde addressing the group of rebel Sena legislators at a Guwahati hotel was released by his office here. The video also showed the legislators unanimously authorising Shinde to take further decisions on their behalf as their group leader.

In the video, Shinde is seen saying, “Our worries and happiness are the same. We are united and victory will be ours. There is a national party, a ‘mahashakti’…you know they vanquished Pakistan. That party has said that we have taken a historic decision and assured to provide all help.”

According to ANI, a total of 42 Maharashtra MLAs are present with Shiv Sena leader Eknath Shinde while only 13 are with Maharashtra CM Uddhav Thackeray.

On Thursday, Congress MP Mallikarjun Kharge alleged that the BJP-led Centre is attempting to “destabilise” the “strong” Maha Vikas Aghadi government in view of the forthcoming presidential poll next month as they need numbers to get their presidential candidate Droupadi Murmu victorious in the poll slated to be held on 18 July.

Meanwhile, NCP chief Sharad Pawar said that CM Uddhav Thackeray-led Maha Vikas Aghadi government in Maharashtra will continue. He added that a floor test is the only way to ascertain whether the government has a majority or not.

The MVA comprising the Shiv Sena, Congress & NCP was formed in 2019 after a fallout between the Shiv Sena and BJP.