Under the leadership of PM Narendra Modi A thumping majority for the Bharatiya Janata Party (BJP) The meeting proves that the country has reposed faith in the BJP government and leadership. If we see the results of the Lok Sabha elections 2019, it is also proved that not only the leadership but the country also supported the issue raised in Modi’s speeches. familialism Accepted the theory prepared against Modi. Although in some places the political families also got victory, but it is clear from the analysis of the data that dynasty was rejected in this election.

This also READ: ANALYSIS: This is Modi’s own vote bank!

The first thing in this regard was the Nehru-Gandhi family because this dynasty was the target of PM Modi’s entire election campaign. In a way, due to Modi’s sarcasm, this family became a symbol of dynasty in the country. As the first prominent face of the fourth generation of this family, Congress President Rahul Gandhi contested from two parliamentary constituencies and lost from the seat which was considered a Congress stronghold.

Meaning of defeat of Rahul Gandhi
Rahul Gandhi, who was elected MP for three consecutive terms from Amethi Lok Sabha constituency of Uttar Pradesh, lost this seat this time. This seat continued to be called a Congress stronghold because former Prime Minister Rajiv Gandhi had also been an MP from here. This time Rahul lost from here by a margin of 55 thousand 120 votes. Smriti Irani, a minister in the NDA’s central government, defeated him. 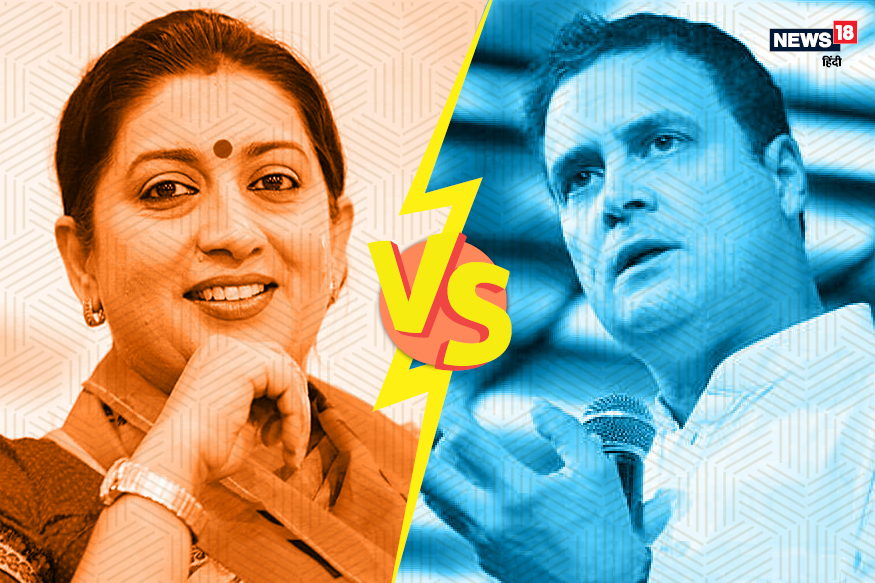 Was there already a smell of this result? This question remained in the discussion because this time Rahul had decided to fight from Wayanad seat of Kerala along with Amethi. And it has been recognized that this result at Amethi was anticipated. But, should Rahul’s defeat in Amethi be considered a victory for Smriti Irani? There is still debate on this question.

Was the Modi wave the reason for the defeat of the biggest face of the Congress? Or the disillusionment of the people of Amethi with the Gandhi family? Reasons will be sought but Rahul’s claim of defeat due to Irani’s influence cannot be called strong at the moment.

Scindia Family Vs Dynastic Theory
The whole country is aware of the political history of the Scindia family in the Guna and Shivpuri regions of Madhya Pradesh. At present, Jyotiraditya Scindia, one of the most special faces of this family, lost the Lok Sabha elections from his permanent parliamentary constituency of MP. Dr. KP Yadav of BJP defeated him by more than 1.25 lakh votes. The same question is here that Dr. KP Yadav did this charisma or is there some other reason for the defeat of a strong leader like Jyotiraditya, who was a four-time MP? 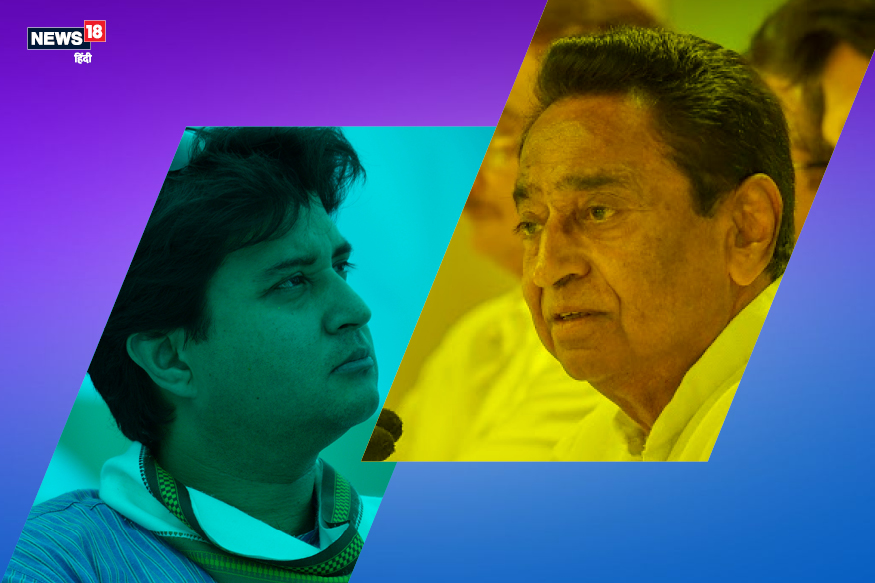 At the same time, Dushyant Singh, son of former Rajasthan Chief Minister Vasundhara Raje, who belongs to the Scindia family, registered a landslide victory from the Jhalawar-Baran Lok Sabha seat. Dushyant was contesting the election on a BJP ticket. The theory of dynasty did not work here. But, in Rajasthan itself, Vaibhav Gehlot, son of Chief Minister Ashok Gehlot and Congress candidate, lost the election from Jodhpur Lok Sabha seat. Gehlot could not save his seat of influence for the son even after putting all his efforts for his son.

Along with this, Bhanwar Jitendra Singh, who belonged to the royal family, also contested the elections on Congress ticket and lost. And in MP only Kamal Nath was able to save the seat for his son Nakulnath.

Candidates from reputed families in Maharashtra
Milind Deora of Maharashtra is a special name. Along with being the President of Mumbai Congress, Milind is the son of Murli Deora, a veteran Congress leader in Maharashtra. This time Milind also got disappointed in the Lok Sabha elections. Similarly, Congress leader and famous actor Sunil Dutt’s daughter Priya Dutt also lost the election. On the other hand, Sharad Pawar’s daughter and NCP candidate Supriya Sule, besides Poonam Mahajan, daughter of former BJP veteran Pramod Mahajan, won.

Such was the tableau of North India?
At the same time, Sukhbir Singh Badal of Shiromani Akali Dal and his wife Harsimrat Kaur won in Punjab. Sukhbir is the son of veteran Punjab leader Parkash Singh Badal, one of the founders of SAD. It is also worth mentioning that SAD is included in NDA i.e. is an ally of BJP. At the same time, Bhupinder Singh Hooda of Congress and his son Deepender Hooda got defeated in Haryana. Dushyant Chautala, who contested the elections together with the Aam Aadmi Party by forming the Jannayak Janata Party, also lost. Dushyant is the heir to the family of Devilal and former Haryana CM OP Chautala. In the last Lok Sabha elections, Dushyant had created the record of becoming the youngest MP. 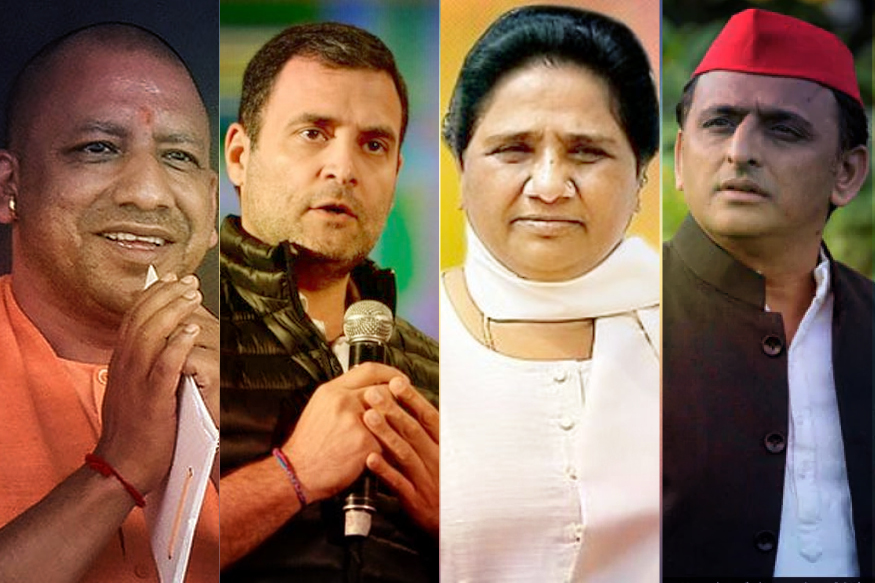 In Uttar Pradesh, only two veterans of the Yadav family won, Mulayam Singh and Akhilesh Yadav. Everyone else i.e. Akshay Yadav, Shivpal Yadav, Dimple Yadav and Dharmendra Yadav lost from their respective seats. Congress candidate RPN Singh lost from Kushinagar Lok Sabha seat in Uttar Pradesh, who belongs to royal family and whose father was a minister in Indira Gandhi cabinet. But, Maneka Gandhi and her son Varun Gandhi, who belonged to the Gandhi family, got victory in Uttar Pradesh. At the same time, Congress leader Meira Kumar, who came from the background of political heritage in Bihar, also got defeated.

If the election results of Jammu and Kashmir are seen, Farooq Abdullah of National Conference won his seat, who belongs to a well-known political family. At the same time, Congress candidate Vikramaditya Singh lost. Vikramaditya is the son of Karan Singh, a famous leader of Jammu and Kashmir and an important face of the country’s politics. On the other hand Mehbooba Mufti, who herself has been a former CM and is the daughter of former CM of the state, Mufti Mohammad Sayeed, lost. Mehbooba had earlier forged an alliance with the BJP, but later both the parties parted ways with each other and were also angry. 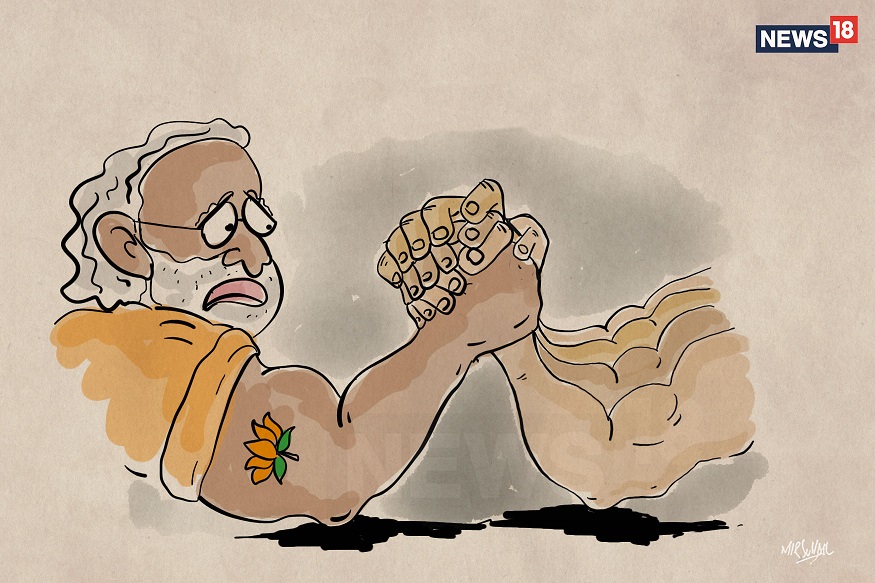 Anurag Thakur registered a massive victory in Himachal Pradesh. Modi himself, while rallying in his campaign, shouted that if Anurag wins this time with a big margin, then he will be given important responsibility. It is worth noting that Anurag is the son of Premkumar Dhumal, the two-time CM of Himachal.

and the southern aspect of the theory of dynasty
In the south, the DMK, a UPA constituent in Tamil Nadu, won the seat, and Kanimozhi, Karunanidhi’s daughter and political heir, won her seat. In contrast, HD Deve Gowda of Janata Dal Secular, who stood as a constituent of the UPA, lost the election. Deve Gowda’s son and state CM HD Kumaraswamy has become a challenge to save the state government due to the heavy loss to the Congress in the Karnataka Lok Sabha elections.

In Karnataka, the third generation of HD Deve Gowda’s family was also in the fray, out of which Prajwal Revanna won his seat but Nikhil Kumaraswamy was defeated. At the beginning of the election campaign, there were allegations of dynastic culture on Deve Gowda and due to these allegations, Deve Gowda’s tears and sorrow made headlines in the media. Karnataka BJP had called it a drama.

This picture says that the people of the country have rejected familyism or dynasty but not completely. The effect of Modi’s speeches may be said or the large number of Modi’s supporters should be considered as the reason, but in this election, dynasty was attacked mostly only when the question was of Congress candidates or BJP’s staunch opponents. The theory of opposition to dynasty did not appear to be applicable to BJP candidates. So, now the question on which the country has to consider is whether it is necessary to create new dynasty in politics by erasing the old or established dynasty?