New Delhi residents woke up on Friday under a blanket of smog darkening the city, the most dangerous air pollution of the year after Diwali revellers defied – as usual – a fireworks ban during India’s annual Hindu festival of lights.

New Delhi has the worst air quality of all world capitals, but even by its sorry standards Friday’s reading – the morning after the end of Diwali – was extra bad, the price for celebrating India’s biggest festival in the noisiest and smokiest way.

The Air Quality Index (AQI) surged to 463 on a scale of 500 – the maximum recorded in 2021, indicating “severe” conditions that affect even healthy people let alone those with existing respiratory diseases.

The AQI measures the concentration of poisonous particulate matter PM2.5 in a cubic metre of air. In Delhi, a city of nearly 20 million people, the PM2.5 reading on Friday averaged 706 micrograms, whereas the World Health Organization deems anything above an annual average of 5 micrograms as unsafe.

Airborne PM2.5 can cause cardiovascular and respiratory diseases such as lung cancer. And, in India, toxic air kills more than a million people annually. 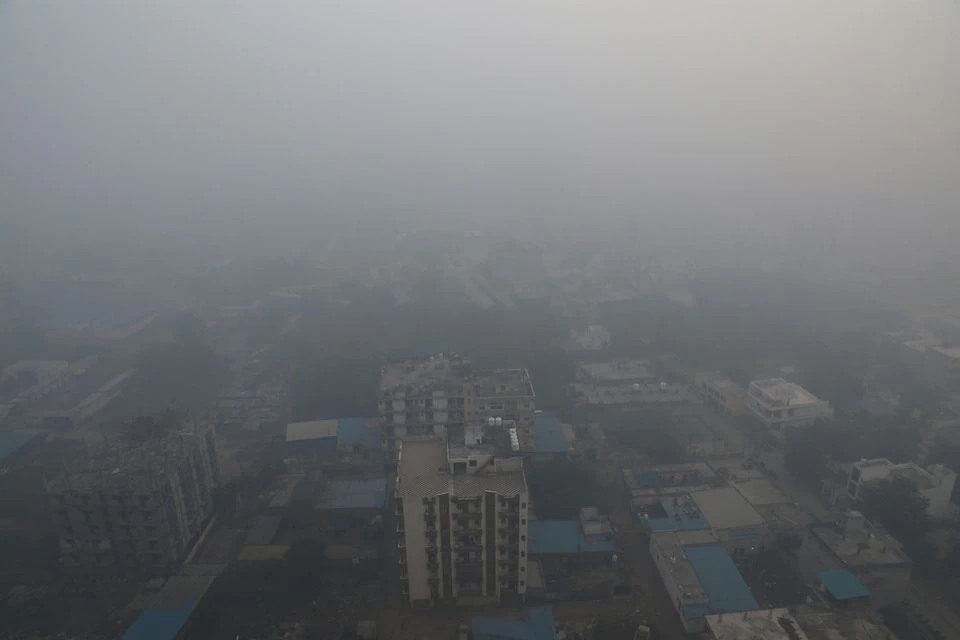 On the morning after the close of Diwali, thick smog turned daylight into dusk in and around Delhi, with car and building lights only barely penetrating the murk, and the ubiquitous detritus of firecrackers coating the ground.

“The firecracker ban didn’t seem to be successful in Delhi, which led to hazardous pollution levels adding on top of existing perennial sources,” said Sunil Dahiya, analyst at the Centre for Research on Energy and Clean Air (CREA).

Every year, either government authorities or India’s Supreme Court slap a ban on firecrackers. But the bans only rarely appear to be enforced.

“No country delights more in passing laws and then bypassing them than ours. Today Delhi particularly is facing the consequences of this feature of our lives,” Jairam Ramesh, a lawmaker and a leader of the main opposition Congress Party, said in a Twitter post. 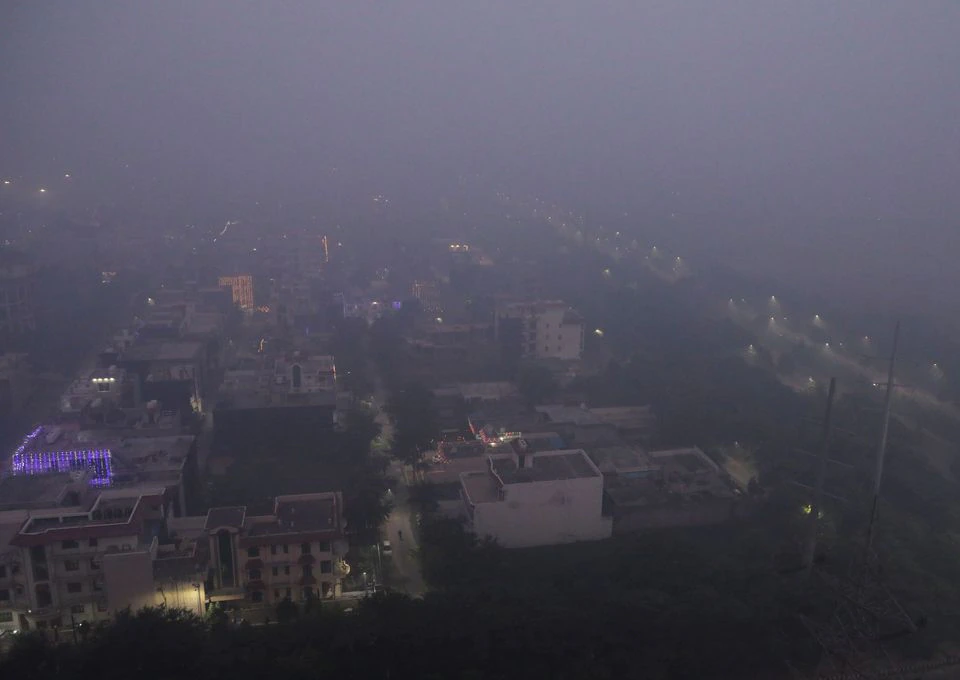 Delhi environment chief Gopal Rai said authorities planned to install 20 anti-smog guns to spray water into the air to help dilute the smog. But there have been calls for more stringent measures such as a temporary ban on construction activities and shutdowns of high-polluting factories.

FROM FARM TO FIRE

Making matters worse, Diwali is held in a period when farmers in New Delhi’s neighbouring states of Punjab and Haryana burn the stubble left after harvesting to prepare their fields for the next crop.

Stubble fires accounted for up to 35% of New Delhi’s PM2.5 levels, according to monitoring data issued under the aegis of the federal Ministry of Earth Sciences. 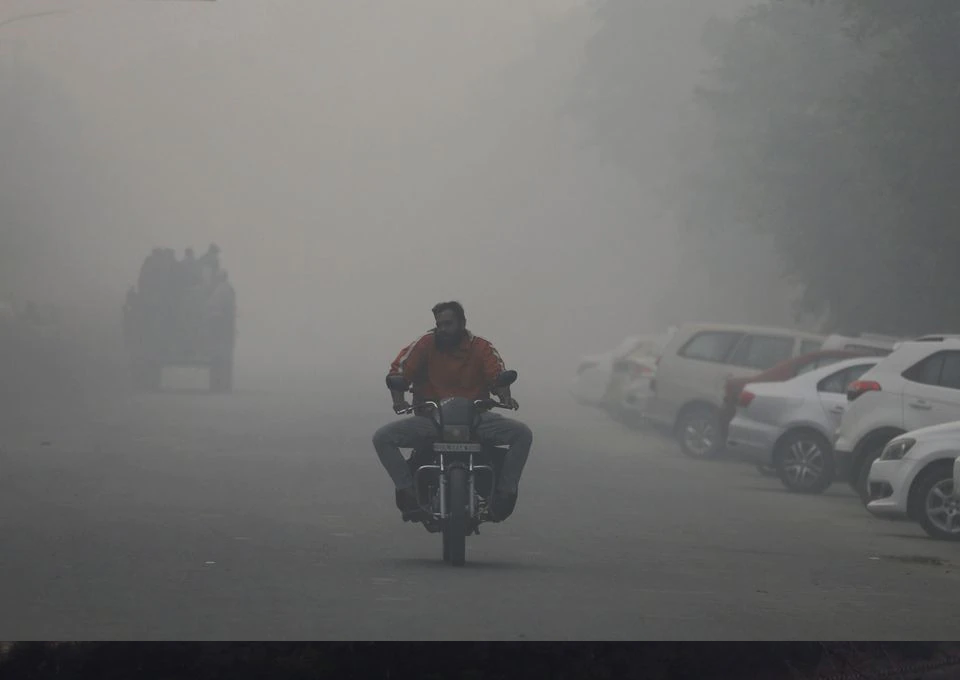 A man rides a motorbike along a road shrouded in smog in Noida, India, November 5, 2021. REUTERS

A rare spell of clear skies in October due to intermittent rains and strong winds treated Delhi residents to their cleanest air in at least four years.

But over the winter months pollution levels surge in northern India, as lower temperatures and a drop in wind speed tend to trap pollutants in the air longer.

Fed up with the lack of effective commitment to making the capital more liveable, Ambrish Mithal, a doctor at the Max HealthCare hospital in New Delhi, vented his frustration over the deteriorating AQI readings.

“It’s terrible for those with allergies and asthma. We will continue to squabble over reasons and are doomed to suffer,” he wrote in a post on Twitter. 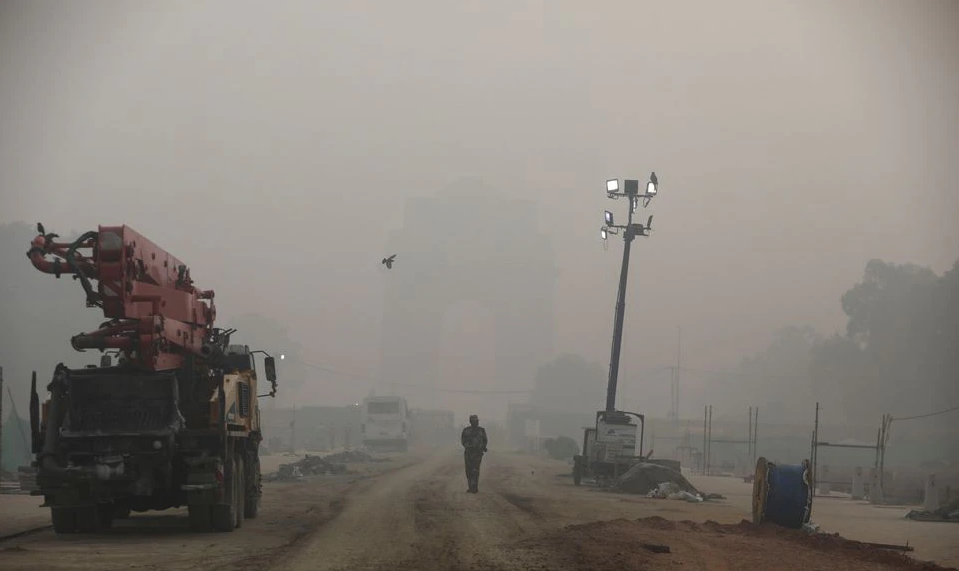 An Indian paramilitary soldier walks near India Gate which is shrouded in smog, in New Delhi, India, November 5, 2021. REUTERS

Indian governments are often accused of not doing enough to curb pollution as they prioritise economic growth to lift living standards in the world’s second most populous country.

On Monday, Prime Minister Narendra Modi told the COP26 climate summit in Glasgow that India would achieve net zero carbon emissions by 2070, but some experts reckoned that target was at least two decades too late.

Dussehra 2022: Remove these financial evils on the auspicious occasion of Dussehra! There will be no shortage of money in future

Dussehra 2022: Remove these financial evils on the auspicious occasion of Dussehra! There will be no shortage of money in future