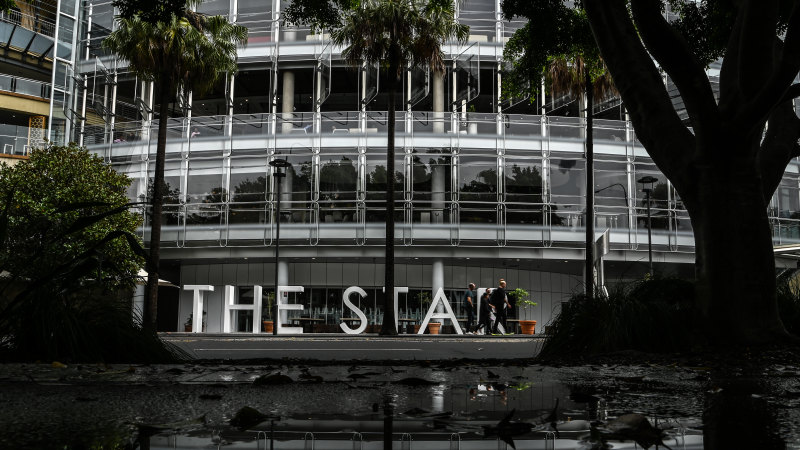 Star accepted the arrangement lacked transparency, because banks and law enforcement would see money coming to the casino from Koi, and not from the patrons.

It would be open to the review to conclude the arrangement was unsatisfactory in regards to anti-money laundering and counterterrorism ( AML-CTF) financing laws, Richardson submitted.

A 2019 memorandum from Star general counsel Oliver White warned the board that the company had not been able to verify whether the methods used complied with the law.

Star’s compliance with the law became even murkier when the arrangement morphed over time.

“The board wasn’t briefed at all about the modified Kuan Koi arrangement,” Richardson said.

Under the modified arrangement, Koi could also facilitate the deposit of “front money” for overseas patrons travelling to Australia to gamble.

This changed the risk because Star would no longer be conducting due diligence on the patrons and their source of funds, Richardson said.

Koi was effectively acting as a remitter despite being unlicensed, Richardson submitted, and Star made an error of judgment.

“[Star] accepts that the more prudent course would have been not to pursue the Kuan Koi arrangement at all,” Richardson submitted.

Star also relied on overseas remitters to comply with the AML-CTF laws in their own jurisdiction, which did not always happen.

“A reasonable expectation of conduct by others may be relevant but the Star may not outsource its responsibilities,” Richardson said.

Richardson submitted the modified arrangement with Koi, which continued until 2020, was initiated and maintained by the VIP credit and collections team.

Legal and risk assessments weren’t conducted and the arrangement was not formally approved nor disclosed to the board, Richardson said.

Star accepted it was concerning that the arrangement continued without the board’s knowledge nor the proper checks in place.

“They amount to significant failures on the part of the managers who were responsible,” Richardson submitted.

The Morning Edition newsletter is our guide to the day’s most important and interesting stories, analysis and insights. Sign up here.

GST collections up 56 pc to Rs 1.44 lakh crore in June : The Tribune India

GST collections up 56 pc to Rs 1.44 lakh crore in June : The Tribune India