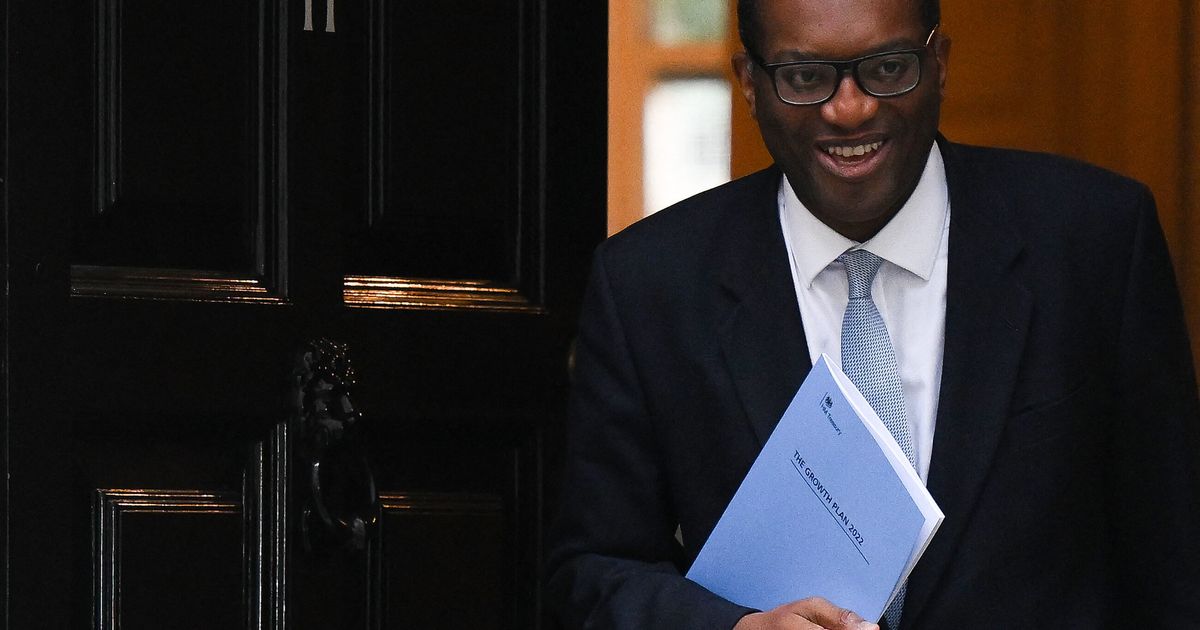 Kwasi Kwarteng has confirmed he’ll “get rid” of the cap on bankers’ bonuses, as he unveiled a collection of tax reducing measures.

The cap was launched within the wake of the 2008 monetary disaster and limits annual pay-outs to twice a banker’s wage.

Speaking within the Commons on Friday morning, the chancellor highlighted scrapping the cap as one of many headline measures in his so-called mini-Budget.

“A strong UK economy has always depended on a strong financial services sector,” he stated.

“We need global banks to create jobs here, invest here, and pay taxes here in London, not Paris, not Frankfurt, not New York.

“All the bonus cap did was to push up the basic salaries of bankers, or drive activity outside Europe.

“It never capped total remuneration, so let’s not sit here and pretend otherwise.”

“So we’re going to get rid of it. And to reaffirm the UK’s status as the world’s financial services centre.”

Luke Hildyard, the chief director of the High Pay Centre assume tank, has beforehand stated eradicating the cap could be an “ideological measure” that favours the wealthy.

“Removing the cap would be a pro-rich ideological measure that sends a depressing message about who policymakers listen to and think about when making economic policy,” she stated.