MUMBAI: In a twist to the cruise drug bust case of the Narcotics Control Bureau (NCB), a person claiming to be privy to pre-raid discussions has told the city police that actor Shah Rukh Khan’s son Aryan was framed by certain individuals to make money.

“I have reasons to believe that the raid was preplanned and Aryan Khan was framed in the drug case. The entire strategy was finalised on September 27, while the cruise ship was raided on October 2,” Vijay Pagare told TOI on Saturday. Pagare said the high-level police SIT team recorded his statement on November 3 and 4. “My statement was read out to me, and I signed it,” said Pagare.

Pagare said he had been staying with Sunil Patil, who had claimed he had passed on information about drugs on the cruise to the NCB. Patil’s name had come up in the statement of businessman Sam D’Souza, who had said panch witness K P Gosavi had saved Patil’s name as SW — referring to NCB zonal chief Sameer Wankhede — to show he had direct access to NCB.

Pagare said Patil owed him money, and he had been staying with him for the last few months in a bid to recover it. Patil was staying at a star hotel in Vashi on September 27 and another room in the same hotel was booked in Gosavi’s name. At the hotel, another witness, BJP worker Manish Bhanushali, Gosavi and Patil met a few days before the raid, claimed Pagare. He was in the hotel room when Bhanushali kissed Patil and said, “Bada kaam ho gaya(the big work has been done). We have to leave for Ahmedabad but don’t take Pagare along.” Pagare said he was clueless about what was happening. 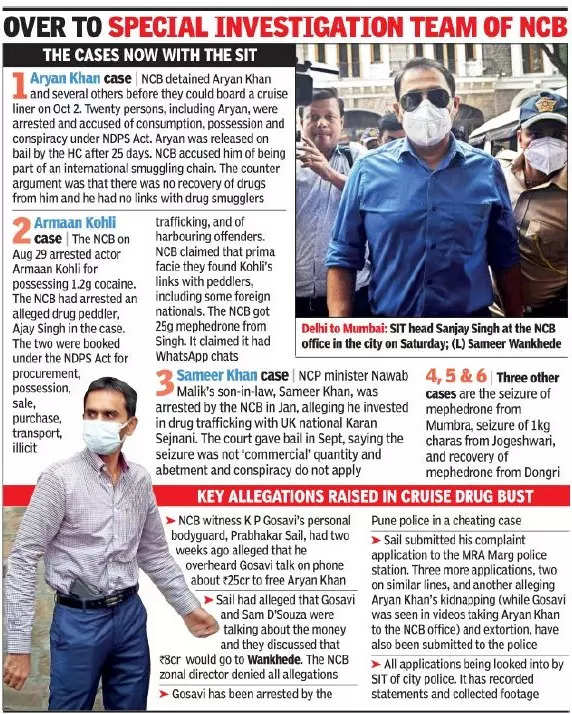 On October 3, a few hours after the raid, Bhanushali allegedly returned to the hotel room. He asked Pagare to come along to get his money. The two went to the NCB office. On the way, Bhanushali was speaking to someone on the phone and took names, including Pooja, Sam and Mayur. He allegedly said Gosavi’s phone is switched off and he suspected that he had absconded after getting money.

On reaching the NCB office, Pagare said he saw journalists there and was told Aryan Khan had been detained by the NCB. Later, he saw a news clip about the cruise party raid and saw visuals of Bhanushali and Gosavi escorting the accused. At this point, he said he realised the raid was pre-planned.

According to Pagare, he tried reaching out to advocate representing Aryan, but was not entertained.

Where Can I Find a Stylish Winter Boot?

Why satellites are key to understanding Pacific volcano